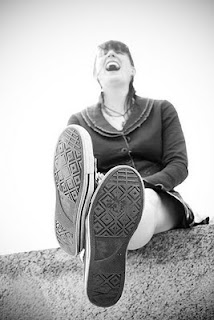 Where you live: Chicago, IL
What you do as a vocation or avocation?
I am active in helping to build an emergent church,
Wicker Park Grace (http://www.wickerparkgrace.net/)
and to host the monthly Emergent Village discussion group in our area.
Professionally, I am looking for a position that will allow me to use my recently acquired Masters in Public Policy to be a change agent on behalf of marginalized communities.
Basically, after being a high school teacher and a non-profit manager, I want to change the world at a systemic level.

Your two favorite books: Cryptonomicon by Neal Stephenson and The Collected Works of Tamora Pierce (http://www.tamorapierce.com/). The former is a perfect combination of the post-Modern ironic tone and a good action story for smart people and the latter are several series of books with strong adolescents as their protagonists. I re-read at least one every year to remind me that I am still embarrassingly adolescent in many ways in my development. But that means that I can still change the parts of me that I don't like. There is hope there.

Your two favorite songs: Leonard Cohen's "Anthem" and Vance Gilbert's "Unfamiliar Moon" (http://www.vancegilbert.com/). The redemption offered in "Anthem" recently saved my stressful experience of planning a second wedding and the music of Vance Gilbert has been a touchstone in my life for the last 15 years.
Why you are interested in spirituality? I seem to be wired this way. My mom once left me a voice mail because she had been reading about how they may have found a gene for spirituality. She worried, in the most motherly of ways, that mine might be mutated . I still laugh when I think of that message and regret accidentally deleting it. I think she was referencing the dissatisfaction that I've felt for so much of my life with the way spirituality gets lived out in most Christian churches that I've been attached to. I had a major ugly-duckling-realizing-I'm-actually-a-swan moment when I found the emergent Christianity movement. What I strive for is to live a life of meaning and continual transformation to deepen my awareness and contribution to creating shalom or rightness in this world. I believe we are all a little incomplete and we can only find that completeness in a community that reflects and welcomes God and God's law but have a fairly non-traditional idea of what that law probably is.

Your favorite quote: "How am I to talk of God to the millions who have to go without two meals a day? To them God can only appear as bread and butter." Gandhi

I think this quote can be interpreted both physically and metaphysically. Millions of folks are also starving for God in the form of something other than what traditional church has offered them.
Your favorite web sites: http://www.soulemama.com/;

Your hero? I haven't thought about this one in awhile. Right now, I'll default to my dad since he's 62 and still reflecting on himself and how his behavior affects others. He's always trying to be more loving. He's come a long way and still has a long way to go but he never stops and rests on his laurels. I would like to have that said about me at any point in my life.

A spiritual lesson you hope to learn? I would like to be self-confident enough that I can see other people's behaviors as reflection of their own internal conflicts rather than personal attacks on my right to exist in comfort. I know that it is true in theory but I'd like to be able to live it out in practice. Making space for others to be who they are seems to be an act of intense love.
A place in the world where you feel spiritually "connected?" Sitting with my husband at church or synagogue. 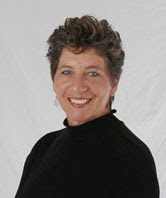 Where you live: San Diego, CA

What you do as a vocation or avocation? Teach/speak/write

Your two favorite books: The Gift by Hafiz; Essential Rumi by Coleman Barks

Your two favorite songs: Alphabet Mantra, My Body, My Temple from my CD Singing for the Soul

Your favorite quote: "There is someone out there who needs you. Live your life so that person can find you." Balinese dancer

A spiritual lesson you hope to learn? i reside in the heart of my staunchest opponent

A place in the world where you feel spiritually "connected?" HERE

http://www.janphillips.com/
Jan is the author of The Art of Original Thinking-The Making of a Thought Leader
Divining the Body
Marry Your Muse
God is at Eye Level
Making Peace
A Waist is a Terrible Thing to Mind

Posted by www.spiritualbookclub.com at 8:14 AM No comments: