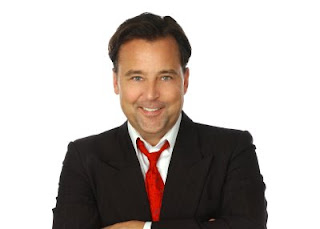 Name: Ward M. Powers
Where you live: Northville, Michigan USA
What you do as a vocation or avocation?
Attorney and Filmmaker
Your two favorite books:"The Prophet" by Kahlil Gibran & "Seven Story Mountain" by Thomas Merton
Your two favorite songs:
"Does Anyone Really Know What Time It Is?" by Chicago &
"The Pizza Pie Song" by The Beta Band
Why you are interested in spirituality?
Because ultimately it is the gateway to expanded human consciousness. The physicality and intellect can engage the administrative processes of life, and if nurtured can afford more range of human action; However, unless the actions can then be manifested within the eye of the witness of a universal consciousness, these actions in the world will not result in the evolution of the human.
It requires an awakened perception of reality to transmute the mundane fodder of the ordinary human experience into the fuel for authentic personal transformation.
And it all begins with awareness of the spiritual.
Your favorite quote:
"Be the change that you want to see." - Mohatma Gandhi
Your favorite web sites:
http://www.onetheproject.com/
Your hero? My Wife, Diane. She walks in the world simply and with a fully open heart. Rare indeed:)
A spiritual lesson you hope to learn?
To experientially come to know my true nature.
A place in the world where you feel spiritually "connected?" Anywhere...In laughter.
(Editor's Note: Ward is a lawyer who had a vision to make a film in 2002. He mail-ordered a camera, spent 3 years meeting and interviewing people on the street, along with many of the world's leading spiritual personalities, and this culminated in "One, The Movie" which has been seen by over a million people in almost 100 countries. For more about this journey and "One, The Movie" go to http://www.onetheproject.com/)
Posted by www.spiritualbookclub.com at 2:01 PM