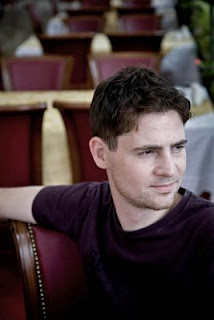 Name: Ashley Jonathan Clements
Where you live: Melbourne, Australia
What you do as a vocation or avocation? I work on advocacy in humanitarian emergencies for World Vision. I'm part of a team called the Global Rapid Response Team - a group of people on permanent standby who get deployed in the early days of a natural disaster or man-made emergency. My job is about identifying the main problems that affect people - particularly children - during an emergnecy, and convincing the right groups to take action to address these issues. Sometimes it's governments, sometimes it's political groups, and sometimes it's communities themselves who need to make changes.
Your two favorite books: Andre Brink's An Instant in the Wind - a beautiful book about love, fear and prejudice set against the backdrop of South Africa's harsh wilderness - and Ernest Hemingway's For Whom the Bell Tolls - a book of strength and conviction, and a total belief in a cause for which one is willing to give everything.
Your two favorite songs:
Nina Simone, Sinner Man
Counting Crows, Mr. Jones
Why you are interested in spirituality? Spirituality, rather than religion, I see as forming a vast and largely misunderstood realm in our world. Many of us accept the teaching that the world is rational and explained and explainable by science and logic; but it simply isn't. For many of us, spirituality is our most immediate and tangible channel into a neglected element of our world that governs emotions, morality, belief, and relationships. Spirituality is integral to my beliefs, my motivation, and gives me the moral compass that I rely on for my work and personal life. Your favorite quote: "An idea that is not dangerous is unworthy of being called an idea at all" Oscar Wilde
Your favorite sites: flickr.com - as an enthusiastic photographer, flickr never fails to offer me inspiration
lifehacker.com - top tips for daily life for everything from technology to traveling to getting things done efficiently.
Your hero? Woodrow Wilson - perhaps the single most influential figure in establishing the League of Nations, which continues today as the United Nations. Severely flawed and at times wholly ineffective, for me the UN is the physical manifestation of mankind's recognition of meaning, morality, and a sense of right and wrong.
A spiritual lesson you hope to learn? Forgiveness - how to, when to.
A place in the world where you feel spiritually "connected?" The souks of Marrakech - most people I imagine would choose an isolated vista. But for me, the souks - Arab market place - of Morocco's ancient city of Marrakech are so full of life, history, ugliness and beauty that one cannot fail but to marvel in them.
website: www.clem.com.au/ash
twitter account: ashclem
work: http://www.wvi.org/
Posted by www.spiritualbookclub.com at 10:02 AM