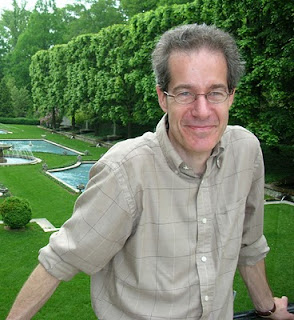 What you do as a vocation or avocation?
I am a philosopher, interested in promoting critical thinking among both my students and the general public. While I do not think that reason is the beginning and end of human wisdom, I maintain that there is far too little use of it in human affairs, so a bit more cannot but help.

Your two favorite books:
Only two? Ouch. I guess I will have to go with Bertrand Russell's autobiography, which is an incredibly human account of the personal journey of one of the most interesting people of the 20th century. The second book might be David Hume's Enquiry Into Human Understanding; though written in the 18th century, it is still one of the most compelling pieces of writing about how much of human knowledge rests on fairly shaky foundations.

Your two favorite songs:
John Lennon's Imagine, just listen to the words very carefully. Beethoven's Ninth Symphony, particularly the Ode to Joy; it is one of the most transcendental pieces of music I've ever heard (Does the latter count as a "song"? Well, it does in my book.)

Why you are interested in spirituality?
I am not. I don't think the word picks a meaningful or coherent concept. People mean very different things when they use the word "spirituality," and I don't find talk of spirituality to be particularly useful to improve the human condition. I try to be a decent person, to act ethically, to take care of my loved ones and to contribute as much as I can to make all of us at least slightly better off. I am in awe of nature and of the possibilities of humanity. If you call that "spiritual," then I am spiritual, but I wouldn't use that term.

Your favorite quote:
"I find television very educating. Every time somebody turns on the set, I go into the other room and read a book." (Groucho Marx)

Your favorite web sites:
The electronic portal of the New York Times (http://www.nytimes.com/). It certainly isn't "all the news that's fit to print," but it's a fascinating entry into everyday human affairs.

Your hero?
I don't believe in heroes. If we are talking about role models, then the above mentioned David Hume and Bertrand Russell would fit the bill nicely. They were both decent, ethical human beings who tried their best to live a fulfilling life. They used their brains as well as their hearts, and they succeeded and failed just like most of us do - except they were paying attention.

A spiritual lesson you hope to learn?
If you mean a lesson about life, it is that reason and emotion need to be balanced in order to achieve what the ancient Greeks called eudaimonia (loosely translated as "happiness"). But it is a much trickier task than most people think, and as Aristotle said, it really represents a life-long project.

A place in the world where you feel spiritually "connected?"
Whenever I go to downtown Brooklyn to look across the East River. I see the stunning Manhattan skyline, and I am immediately reminded of the great things (and the great horrors) that humanity can do.

Editor's Note: Massimo's blog: http://www.rationallyspeaking.org/
Massimo's web site  http://www.platofootnote.org/ and his new book is: Nonsense on Stilts: How to Tell Science from Bunk
Posted by www.spiritualbookclub.com at 8:50 AM

Well! He certainly spelled it out well, didn't he? I'd like to adopt his "if you call that spirituality" section for my own motto. Nice blog, too.