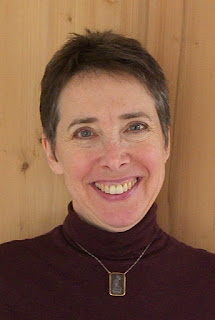 Where do you live:  In my body (see below), in Illinois

What is your vocation or avocation:
My journey in this regard began as a beauty-and-fashion obsessed girl.  Now, I speak, write, and present programs against the designating of any group as “Other.” I focus on the universal experience of the injustice of “appearance-ism” (appearance-based judging of ourselves and others), as a core issue to inspire everyone to combat all types of bias.

My programs for children through seniors offer practical strategies for bridging divides of religion and ethnicity and for crossing into one another’s lives.  I address teasing, bullying, stereotyping, age-ism, racism, xenophobia, Islamophobia, homophobia, and discounting associated with age or health-related challenges.

Following 9/11, 2001, although I’m Jewish, I reached out to Sikh, Hindu and Muslim families I did not know, and founded “The Campaign for Collateral Compassion” to raise awareness of the backlash and the murders of innocent members of these groups.  In the decade since I have worked passionately around xenophobia and seek connections with others who share this concern.

I am a recipient of the 2010 Spirit of Anne Frank Award and also the author and illustrator of RACE:  An OPEN & SHUT Case, a double-sided parable, for kids to adults, which unravels traditional presumptions of what we call “race,” named among the“books to change your life” by N’Digo Magazine.

My widely acclaimed piece, “Where the Anti-Muslim Path Leads”,  was recommended by Nicholas Kristof of the NewYork Times, Queen Noor of Jordan, and Eboo Patel of the Interfaith Youth Core, and named among “the best sites to help teach about 9/11.”  Comments included: "Should be mandatory reading today in schools," and "This author really nails this…The next Anne Frank hiding in an attic in Amsterdam will be wearing a hijab…and it won’t be from a foreign invading army, but from the locals."

A primary aspect of my work is combating teasing and bullying in schools.  A particularly poignant comment was whispered to me by a student following a presentation, “Thank you for your program; I’m Muslim, but no one here knows it,” exemplifying the danger of the very chilling climate we are in, when students and others feel they must “pass” in order to be safe.

My programs emphasize how we are influenced by the media to adopt not just fashions, but fashionable attitudes.  I demonstrate how, historically,“just because many people scream something does not make it true,” and how “it is not a crime to be born into any ethnicity, color, configuration, or religion”, though it has sometimes been treated, horrifically, as if it is.

Through sharing my personal issues with appearance-ism, and evoking our common longing for a world in which we all feel safe and valued “as-is,” I discovered a touchstone for us all to imagine a world in which everyone claims their own worth and recognizes the worth of others.
I emphasize the extreme importance of being an ally for others, even outside one’s own group, religion, ethnicity, etc., and for crossing into one another'slives and living rooms, even crossing the lunchroom!

I share practical strategies and effective initiatives for such alliance building, as well as concrete ways to find our strong voices, and become anti-bias allies, and I seek opportunities to network and co-create with others working to heal our world, together.  Please see www.Appearance-ism.com

Your two Favorite books (+one):
The Diary of Anne Frank, from which I’ve been so deeply inspired by the heroic non-Jewish supporters who at mortal risk sustained Anne’s family in hiding.  It was a particular honor to receive the Spirit of Anne Frank Award for my work.

Also, Against Forgetting: Twentieth-Century Poetry of Witness by Carolyn Forché ; an extraordinary compilation—so sad, yet so important, to read.

And Healing Into Life and Death, by Stephen Levine, which sustains me in times of travail.

Your two favorite songs:
Anthem and Hallelujah, both by Leonard Cohen

Why are you interested in spirituality?:
My sense of spirituality feels deep and personal to me; not codified or articulated in a single expression.

Your favorite quote:
(from Anthem, by Leonard Cohen):
“Forget your perfect offering.  There is a crack in everything.  That’s how the light gets in.”

Your favorite websites:  It may sound odd as a ‘favorite,’ but I visit and refer people to www.IslamophobiaToday.com all the time, because it serves what I believe is an essential function in today’s chilling climate; culling, compiling and commenting on the dangerous and wholesale smears, stereotyping and scapegoating of all Muslims today.  And Facebook, to check in, daily, on an array of phenomenal organizations, doing extraordinary and necessary work in the world.

Who is your hero:
My heroes are those who have crossed gulfs and divides to ally on behalf of groups other than their own, and who have worked to heal seemingly intractable and polarized positions:  Anne Frank’s non-Jewish sustainers, described above, especially Miep Gies.  People whose names we’ll never know, who have risen to extreme levels of courage and compassion and have stood for justice.  Nelson Mandela, who kept South Africa from a bloodbath of retribution after the end of apartheid. Desmond Tutu, who presided over the Truth and Reconciliation Commission.  Gandhi. Martin Luther King. Currently, Kathy Kelly, of Voices for Creative Non-Violence (www.vcnv.org), the founders of the Iraqi Student Project (www.IraqiStudentProject.org) and Rais Bhuiyan, (www.WorldWithoutHate.org), among extraordinary activists I’m honored to count among my friends.

A spiritual lesson you hope to learn:
So much of my story has grown out of the everyday reality of “living life in a body.” I’ve learned my deepest spiritual lessons thus far from relationships and these issues of appearance, and “appearance-ism,” from ‘intuitively’ (for want of a better word) felt knowings, and from aging and health challenges.

Life seems to bring the big ‘spiritual’lessons—not necessarily sought.  I seek to be patient and willing to open to them, even when that requires re-evaluation of closely held views, or difficult change from what feels habitual.

Where do you feel spiritually connected:
The moment I first set foot on the ground of Cape Town, South Africa, (to present at the 1999 Parliament of the World’s Religions), I felt I was “home”, as if Africa really was the “birthplace” I knew in my bones. This overtook me, totally unexpectedly.

I feel it when I float in, or drop into, the dimension of creating art and witnessing the creation of others (mostly at Open Studio Project in Evanston, IL www.OpenStudioProject.org ) and through conscious dance, mostly at Five Rhythms workshops (www.GabrielleRoth.com )

Otherwise, I feel most spiritually connected when I’m in diverse settings, experiencing people expressing their deep truths, in whatever form that takes; art, narrative,work, play.  I feel this, annually, in my own living room, for our yearly “sharing party” to which we invite diverse friends, new and old, to share music, stories, poetry, work-in-progress, play-in-progress, whatever…and have the huge honor of people sharing their‘souls,’ in the heart of our home.

Anya's recent article: Muslims and Lowes Are Both Integral To Our Society
Posted by www.spiritualbookclub.com at 1:26 PM