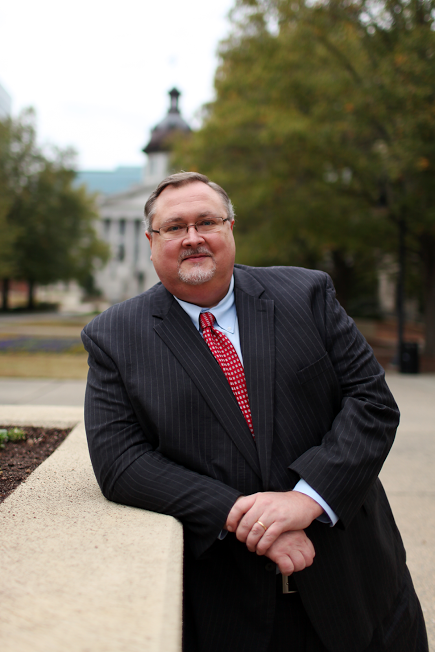 Name: J. Mark Powell
Where you live:  Columbia, South Carolina
What you do as a vocation or avocation?  I serve as communications director for the Attorney General of South Carolina
Your two favorite books:  The Killer Angels by Michael Shaara and Burr by Gore Vidal.  Both introduced me to the magic of historical fiction at an early age.  I've read many great books since, but you never forget your first love.
Your two favorite songs:  Come Thou Fount of Every Blessing is my favorite hymn; I love the honesty on the line “Prone to wander, Lord I feel it, prone to leave the God I love.”  And call me crazy, but Glenn Miller’s Pennsylvania 6-5000 makes me want to dance every time I hear it.
Why you are interested in spirituality?  We are spiritual beings who live in earthly bodies. The spirit is the very essence of who we are; the external is just a container for holding it.  So the more you discovery about spirituality, the more you can truly know about yourself and others, and that produces genuine understanding.
Your favorite quote:  A French general sent this message to headquarters in 1914: “My left flank cannot hold; my center is giving way, my right is retreating. Situation perfect: I am attacking.” If you wait until conditions are ideal, you’ll likely spend the rest of your life waiting in vain. I love the general’s optimism, too; he saw possibility while everything around him spelled failure.
Your favorite web sites: Facebook.com; where else can you keep up with old friends while making new ones at the same time?   I enjoy too many others to pick a second favorite; sorry!
Your hero?   Robert E. Lee.  Regardless your opinion of him as a Southern general, he was an amazing person, off the battlefield as well as on.  He was a devout Christian who practiced humility; he had a very strong tempter that he diligently worked his entire life to contain; and there is no evidence that he ever swore or was drunk even once.  Yet he did not moralize or judge others.  After the war, he was a model of reconciliation and forgiveness.  He could have made a post-war fortune by capitalizing on his celebrity through commercial endorsements… but he instead chose to become president of a small, modest college so he could shape young leaders for the next generation.  All in all, a remarkably inspiring man.
A spiritual lesson you hope to learn?  The practice of true forgiveness.  I have discovered that forgiving another person isn’t a one-time act.  Hurt and bitterness often return later, and you have to continue working at it until you have fully attained forgiveness.

Editor's Note: You can see J. Mark Powell's work at jmarkpowell.com including his novel Tell it Like Tupper 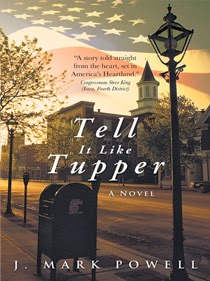 Posted by www.spiritualbookclub.com at 3:35 PM